A young biracial man (White-Latino) was driving home in his wife's car from a corner store in Laval, a municipality north of Montreal, accompanied by his male cousin, who is Latino. They had gone to buy eggs and bread for breakfast for the man's wife and two young children. Near the man's home, he and his cousin were tailed by the police. The man parked his car in front of his home and started walking to his front door, when he was rudely called over by two police officers still in their car. He asked the police officers why they wanted to see him and not given a motive, he calmly turned around and continued walking to his home. He was about to set down his groceries so that he could unlock his door when he was violently grabbed from behind by the two officers, dragged to the police vehicle, slammed on the hood of the vehicle, handcuffed, and then punched numerous times by one of the officers. His wife, who is White, ran downstairs to see what was going on. Horrified at the sight of one of the police officers punching her husband in the face, she asked the other officer about the grounds for her husband's arrest and assault, but was given no explanation except for an alleged faulty brake light on her car. When her husband cried out in pain and in fear, the officers threatened to taser him. The two officers then drove away with the young man, releasing him a couple of blocks away.

The officers then returned to the man's home and engaged with the wife, using rude language and still refusing to say why they arrested and assaulted her husband. They then gave her a ticket for faulty break lights and two tickets for her husband, with fines for using foul language against the police (while he was being assaulted without cause) and for driving without a license. The man's wife later checked her brake lights, which were, in fact, fully functional.

The man walked home in physical pain and psychologically shaken, and had to go to a medical clinic for treatment. The couple lives in a social housing complex, near an area known for criminal activity. The couple's two young children, aged 2 and 5, witnessed the incident and are now terrified of police officers. To this day, the couple does not know why he was arrested and violently beaten in front of his home. 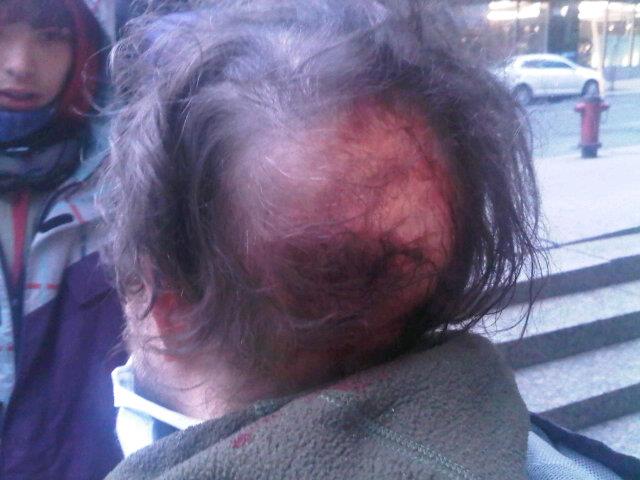