The fatal police shooting of Ma'Khia Bryant, a Black teenager in Columbus, Ohio, came within minutes of the verdict in George Floyd's killing — prompting outrage over the continued police use of lethal force.

Officials with the Columbus Division of Police released footage of the shooting Tuesday night, just hours after it happened — a departure from protocol as the force faces immense scrutiny from the public following a series of recent high-profile police killings that have led to clashes.

The video showed Bryant charging at two people with a knife before the shooting.

The girl was identified by Franklin County Children Services, which said in a news release that the 16-year-old Bryant was under the care of the agency at the time of her death.

The 10-second clip begins with the officer getting out of his car at a house where police had been dispatched after someone called 911 saying they were being physically threatened, interim Chief Michael Woods said at a news conference.

The officer takes a few steps toward a group of people in the driveway when Bryant starts swinging a knife wildly at another girl or woman, who falls backward. The officer shouts several times to get down.

Community policing might be possible in Minneapolis—if you can pay for it.

A new mural depicting Fredy Villanueva, who was killed by a Montreal police (SPVM) officer in 2008, has been unveiled in the city's Villeray-Saint- 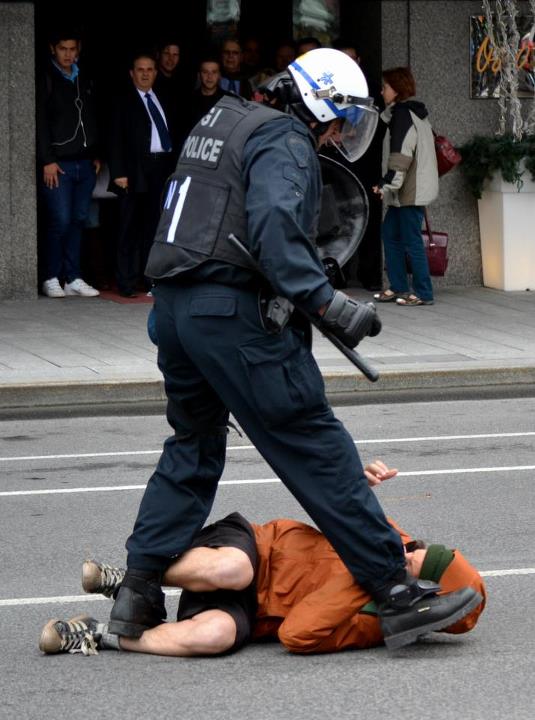